Vaping on your summer holiday- what are the rules?

Vaping on your summer holiday can be tricky, depending on where your going.

With summer just around the corner, people are turning their attention as to where to go for their summer holidays. As an e-cigarette user, the question is also whether you can use your e-cigarette in the country you go to. Vaping laws around the world are constantly changing, so we’ve put together a summary of the current position for some of the most popular holiday destinations around the world. 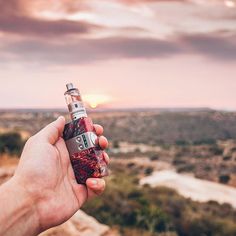 As a rule, most of the European countries allow vaping although it is best to buy your wholesale e-liquid before you go as many countries have heavy taxation on the products.  Members of the EU have adopted the Tobacco Products Directive (TPD) from May last year and this creates a similar position to here in the UK.

France has the highest number of vapers in Europe and you can vape wherever smoking is allowed.  You can’t vape on public transport or where there are children.

Italy is quite anti-vaping at the moment and they have some serious tax laws in place that make it very expensive to buy vaping products – more so than buying tobacco cigarettes.  You can vape anywhere you can smoke

Much of the rules are similar to the UK but there is a blanket ban on vaping in all bars, restaurants and workplaces so you can only vape where you can smoke.

The Dutch are pretty relaxed about most things and vaping is widely accepted with supplies easy to find and reasonably priced if you need an emergency e-liquid restock.

As the inventor of the electronic cigarette, there’s no surprise that the Chinese permit vaping but there are some regional laws that might affect where you can vape.

Vaping is banned in Singapore and don’t even take your electronic cigarettes with you or you could run into trouble at customs.

Like Singapore, Thailand has banned e-cigs and the maximum penalty for vaping is ten years in prison so don’t risk it.

North American countries are generally vaping friendly but like here in the UK there are some rules that apply and restrictions to be aware of.

As with most things, the situation in the US varies between states.  It is generally allowed but there are some states with total indoor bans and others with no bans.  So check out for the location you are visiting.

Vaping is legal in Mexico, but you can’t sell, trade, promote, distribute or produce products there.  While there are no laws about entering the country with devices, there have been some stories about problems at customs so check with your holiday provider.

South American countries either have an outright ban on vaping (such as Brazil and Argentina) or have unclear rules governing it (such as Colombia and Peru).  Chile is the only country where it is permitted and is treated much the same as smoking so outdoors only.

For some seriosly summer flavours, check out our 3X10ml packs here