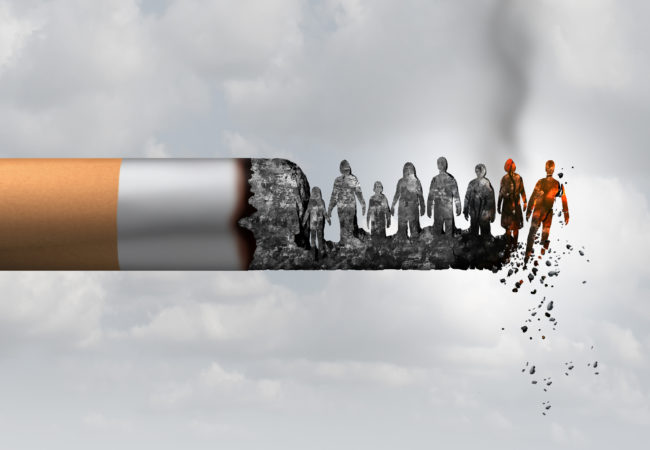 Think there’s no harm in just a cigarette here and there? Think again.

Cigarette smoking is one of the No. 1 cause’s of preventable disease and death in the U.S. Now, a recent study shows just how much risk smoking carries when it comes to developing lung disease.

What’s surprising, says pulmonologist Humberto Choi, MD, is that light smokers had more risk than they might think.

“The light smokers did develop emphysema at a higher rate compared with the individuals who quit smoking,” says Dr. Choi, who did not participate in the study.

The study looked at more than 3,000 people over a 30-year period. Researchers found that folks who were current heavy smokers had the highest risk of developing lung disease, followed by light smokers. Those who had quit smoking, regardless if they used to be light or heavy smokers, had the lowest risk among the smoking population.

The biggest factor contributing to a person’s likelihood for developing lung disease was how long a person was a smoker — the longer they smoked, the higher the risk.

The takeaway: No amount of smoking is risk-free

Dr. Choi says the study results add to previous research that shows no amount of smoking is risk-free. Even light smokers can develop deadly lung diseases such as emphysema and chronic obstructive pulmonary (lung) disease, or COPD.

“I think it’s a misconception that because you smoke very lightly, maybe just one or two cigarettes a day, that maybe that could be a safe practice because you are not smoking a full pack, or two packs a day,” he says. “You may think it’s safe. And a body of evidence is showing that it is not.”

Quitting smoking at any point in life can lower a person’s chance of developing lung disease, Dr. Choi adds. So it is really never too late to quit.

If you’re looking for options to help you quit smoking, try our Tobacco flavoured e-liquid